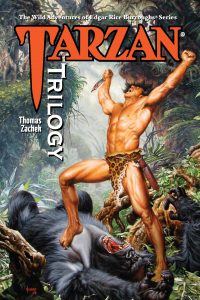 Book #3 in the Wild Adventures of Edgar Rice Burroughs series.

Three all NEW Tarzan Stories, in one book, with Illustrations
Three all new tales of Tarzan at Point Station, a remote English outpost near the Waziri homelands. Set during the advent of World War II, we see more and more European intrusion to the Bolongo River Basin. Tarzan becomes embroiled in increasingly dangerous events as cultures clash.

1] Tarzan and the “Fountain of Youth: Searching for the missing son of a friend, Tarzan encounters agents of an unscrupulous pharmaceutical company exploiting jungle resources for its own profit.

2] Tarzan and the Cross of Vengeance: A team of archaeologist making a groundbreaking discovery, a group of well-meaning but naive American missionaries arriving to convert the native tribes, and a ruthless band of men with a dark purpose stir up a heady mix of challenges for Tarzan, fomenting an intertribal war that only he can stop.

3] Tarzan the Conqueror: When the Third Reich invades Africa to exploit the land for riches and enslave the native populations in labor camps, Tarzan must lead the tribes in an unprecedented tribal resistance. 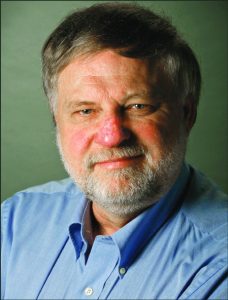 Book #3 in the Wild Adventures of Edgar Rice Burroughs series