Get the first 4 hardcover books (Tarzan® Books 1-4)
of the Edgar Rice Burroughs Authorized Library™
for the price of 3!

TARZAN OF THE APES (Tarzan Book 1) 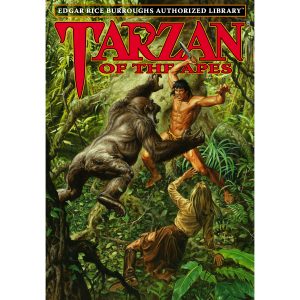 Orphaned as a babe in the African jungle, tiny John Clayton, the only child of the Lord and Lady Greystoke, is rescued by a tribe of great apes. The child, now named “Tarzan,” grows to manhood in this savage world, among the fierce anthropoids. Aided by his keen knife and innate intelligence, Tarzan ascends to become king of the apes, able to face any peril and conquer all foes.

When men come to Tarzan’s jungle, they bring danger that is motivated by greed and deceit. All of Tarzan’s cunning will be required if he is to defeat this threat, and win the love of Jane Porter, the beautiful young woman whose appearance in Tarzan’s jungle has left him forever changed.

Foreword by Joe Jusko and Afterword by Scott Tracy Griffin

THE RETURN OF TARZAN (Tarzan Book 2) 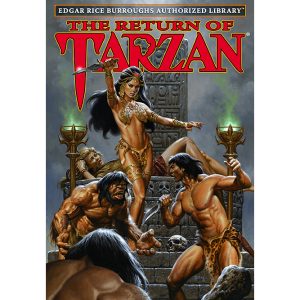 Disconsolate over the loss of Jane Porter’s hand to his cousin William Cecil Clayton, Tarzan renounces his title of Lord Greystoke and returns to Paris to visit his friend Paul D’Arnot. Realizing the ape-man is not suited to the vicissitudes of civilization, D’Arnot helps his grieving comrade acquire a post in the French Secret Service that better fits Tarzan’s adventurous nature.

After disrupting a Russian espionage operation, the ape-man is tossed overboard during his ocean passage to South Africa, and resumes his primitive life on the West Coast. He befriends the Waziri tribe and leads them on a trek to explore the lost city of Opar, a forgotten land populated by a bestial race, ruled by the mercurial high priestess La. There, Tarzan’s path will cross once again with that of Jane Porter, but can the two realize their love is destined before they meet death on the altar of the Flaming God?

Foreword by Will Murray and Afterword by Scott Tracy Griffin

THE BEASTS OF TARZAN (Tarzan Book 3) 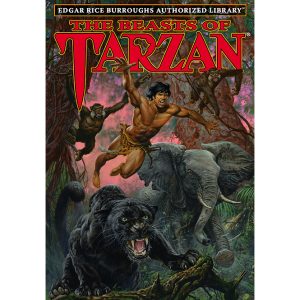 After settling at their London estate as Lord and Lady Greystoke, Tarzan and Jane find their contentment shattered by the ape-man’s former enemies, the Russian spies Nikolas Rokoff and Alexis Paulvitch. Bent on revenge, the two villians kidnap Jane and the couple’s infant son Jack, stranding Tarzan naked and alone on a remote jungle island while fleeing to the African interior.

Tarzan’s savage nature reemerges as he recruits Sheeta the panther, Akut and his tribe of great apes, and the mighty warrior Mugambi to pursue the criminals up the Ugambi River into the heart of the jungle, where cannibal tribes hold sway and his desperate adversaries pursue their cruel vendetta.

THE SON OF TARZAN (Tarzan Book 4) 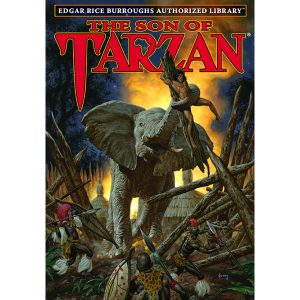 Unaware of his father’s savage past, Tarzan and Jane’s young son Jack becomes captivated by Ajax, the star of a trained ape act. Ajax—actually Tarzan’s longtime friend Akut—has been brought to London by Tarzan’s old enemy Alexis Paulvitch, who hopes to wreak vengeance on the ape-man.